Here’s a great line to build some playful rapport with a girl.

For some reason, a lot of girls seem to want to get a one up on me. They know I don’t take any shit like the majority of guys they’ve dated before or know, and I tease them a lot putting myself in control right from the off. A lot of girls like to think that “I don’t need no man” and “ain’t nobody that can keep up with me” and other shit like that, that they tell themselves.

So I come along into their lives and it kind of throws them off into unfamiliar territory.

“He’s not bending over”, “he’s not kissing my ass”, “why is he calling me silly girl? That’s so patronising!” and other such stuff I imagine goes through their little hamsters in early exchanges with me.

So normally, when I tease, they will realise that they have to fight back to try stay in the game. What will most guys do when threatened with something? Back themselves up.

Agree and amplify is the best way, as I’ve said before. My latest shit test came after I had sex with a girl on Friday night. After a couple of rounds, she said to me “that was okay, I’d give you a C-“. I replied “ah well, at least I came”. I know what she expected of me, but I went away from the normal and it turned her on some more.

However, you don’t want to over agree and amplify. I think I’ve shot myself in the foot before with this before when I failed to take a Turkish girl home. So I’ve got a line I use that is cocky, doesn’t submit to their frame, will pass shit tests and keep you in control. All while setting up for some playful rapport and will have the girl thinking about physical action with you. Here’s the line:

Hey, cheeky. I’ll kick your ass for that

This is when they’ve given me a shit test by trying to neg me. It never fails to get a good response. Here’s some of the replies I’ve had:

You’ll have to catch me first
I’d like to see you try
Can’t you do something a bit gentler?
You wish
I’ll kick YOUR ass!
Ruuuuude! (see below picture)

I gave her a kick, a spank, and a dick

Girls see themselves as snowflakes, we all know that. Most guys see them as that too and as Rollo and Heartiste say, guys will up the beta in the face of challenge to appease girls.

I usually say this line by text when a girl’s trying to tease me, but if I haven’t got round to it then I’ll say it in person with a dead serious look on my face. They get a little bit worried/mega turned on by it.

I had one encounter back in December when I took a Brazilian girl out for a date before fucking her. I left her at the table and I went up to the bar to get some drinks. Some girl had her bag and some other shit on the bar in front of me instead of with her and she apologised and took the stuff away.

I turned to her, with a serious look, and said “do it again and I’ll kick your ass” before turning back to the bar.

I turned back to her, “I said if you do that again, I’ll kick your ass”.

Her eyes lit up all sparkly and attracted, “would you really? Would you actually hit a girl?”

I turned back to the bar waiting and could see her looking at me from the corner of my eye. She turned back to her mates. I ordered my drink and this girl had backed into me a couple of times trying to get my attention. I knew her game and didn’t react to it.

A few moments later she turns back to me. “Were you really being serious?”

I put the sex eyes and cheeky smile on. “Oh yes, I’d kick your ass. Twice now because you were being rude and bumping into me while I was trying to order my drink.”

“Well, maybe I was doing that because I fancy you.”

“Cocky.” She leaned in and KISSED me for a few seconds right in front of her mates at the bar.

“What you doing tonight?” she asked.

“Thanks for the offer, but I’m with someone else tonight” I replied as I took the two drinks I ordered from the bar.

She turned to her mates in disbelief that I’d acted this way when I was with someone else. I tried to get her number for another time but she wasn’t having any of it. Oh well.

“Seeya later” she said all bitchy to me as I left. Without looking at her I said “if you’re lucky” and she started saying something as I walked away amused but I couldn’t hear her.

This is how powerful that line is. If you tell a girl a few times before meeting her that you’re going to kick her in the ass when you see her, she’ll make it her one mission that night to not have her ass kicked. A playful little tap on her ass with your foot will have her reeling that you won, and the rest of the dance that night will be even easier.

You can also go another way. You can change it to “what do you prefer, an ass kicking or a spanking?” and see where they’re at. It puts you in their eyes already as a sexual guy who’s not afraid to show it, so it’s that bit easier to break down any last minute resistance if you get it. They know what they’re getting themselves into when they go out with you before they even go out with you.

Pre-framing sexually will get you laid that night, no question about it.

The Sundance Kid is the youngest Bromigo and an avid supporter/gobshite of Liverpool FC. Spanish girls apply within.

How to date beautiful women: An Indian man’s guide 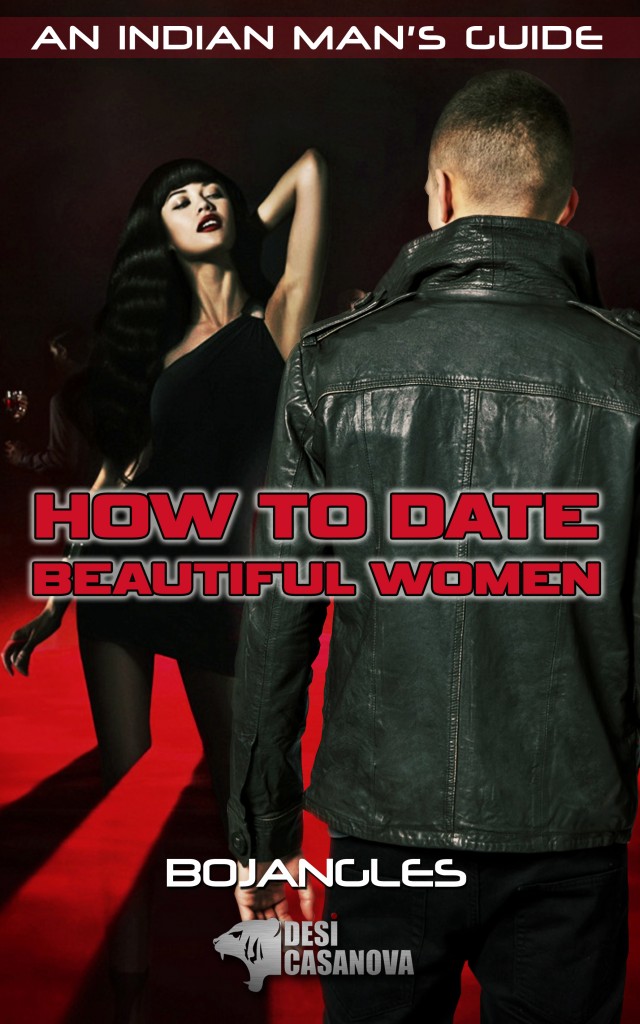 The perfect pickup guide for Indian men. Buy it today at Desi Casanova.

How To Get Laid Through Online Dating

Do you want to have more sex from online dating?

My Ebook breaks down very simple steps to increase your publicity and have girls giving you their phone number in just TWO messages.

Get your copy now and secure a date tonight!

Find out more about my Ebook here!